How will new tariffs and the ongoing trade war with China impact the U.S. oil & gas industry? Maine Pointe's Oil & Gas Industry Partner Tony Planos shares his insights on this topic. Tony is quoted throughout the article, predicting 30 years of growth in demand, even with factors that include China's push towards renewables, and steel tariffs impacting drilling and pipeline costs. This article offers insights into China's future goal of reaching GDP per capita parity with the US and OECD by 2050. 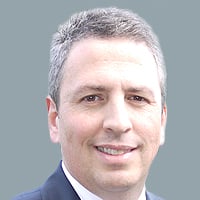 The North American oil and gas industry, despite numerous challenges, has a bright future for the next 30 years, although several mitigating factors need to be addressed to meet growth targets. While tariffs, trade wars, and China’s energy policy both present major considerations that must be dealt with, other factors include an eroding skill set, a push towards renewables and alternative energy, a need to adapt refineries to meet new decarbonization and desulfurization policies, and increased demand from the developing world.

When oil and gas come to mind, we think of two regions: the American Southwest, and the Middle East. But as is often the case, we tend to underestimate the power and influence of China, and the country remains a vital part of the oil and gas industry’s global supply chain. China is on a path to reach GDP per capita parity with the United States and OECD by 2050, and no trade war will prevent China from achieving that goal. That type of growth requires energy – and more importantly, an energy policy which will ultimately have an impact on the global oil and gas industry. North American oil and gas producers will need a coherent China policy going forward that takes into account three things: China’s push towards renewables and alternative energy, China’s high consumption of LNG, and the ongoing trade war between the US and China.

Renewables and their impact on oil and gas

China’s state policy includes an inexorable move towards cleaner air, use of renewable energy and electric vehicles, and de-emphasizing coal and replacing it with LNG – a clean air policy that is even more aggressive than that imposed in California.

EV sales in China are booming, topping 1 million for the first time in 2018. China’s EV market is moving past growth prospects for internal combustion engines, and China policy will allow the industry there to accelerate changes and move rapidly towards EVs as a de facto standard. This is important to the oil industry, which is dependent on future Asian demand growth, primarily from China.

But as a practical matter, China must balance their desire for clean energy with its aggressive GDP parity goals, and its need to keep up with rapid industrial growth.

“Oil and gas are still a lot of that development,” said Tony Planos, oil and gas industry partner at Maine Pointe, a global supply chain and operations consultancy. “They are going to achieve their parity goal and I don’t think anything will stop them from doing it by 2050. That means 30 years of growth in demand of oil and gas.”

While China’s push towards renewables will continue and probably accelerate, according to Planos, “If you look at the cheapest way of producing a British Thermal Unit, it’s still oil and gas. By the time you factor in all the energy and mining and processing involved in developing a battery, or to develop and capture and transmit wind energy, and you compare it to the energy required to drill, pipeline and refine fuel on a BTU basis, it’s still more feasible to do oil and gas.”

Natural gas and the end of coal

The most visible part of China’s move to reduce its carbon footprint may be things like EVs, solar and wind, but the one with the greatest opportunity – and the one which is still cheapest and most practical – is natural gas. China is the world’s top importer of LNG, importing the largest proportion of its LNG from Australia while looking towards upgrading its pipeline network to obtain additional LNG from Central Asia.

Nonetheless, this presents an ongoing opportunity for North American producers. “With gas becoming an alternative over coal, that’s an important factor,” said Planos. “We’re still betting on growing our facilities to be able to export that in the most feasible manner, and while there are other suppliers out there, they are not ready to provide China with the energy differential needed to hedge against any issues that might get in the way of reaching their goal by 2050.”

China sees LNG as an essential part of its clean air strategy and pollution crackdown, with policy dictating reduced use of coal, and LNG making up at least 10 percent of its power generation by 2020. This policy has been a boon to North American LNG suppliers, and China has tripled its imports in the last four years. While the US does benefit, Canada and Russia are also competing for market share. Last year China imposed a 10 percent tariff on US LNG, after first threatening to impose tariffs at 25 percent. The LNG tariffs could change the equation of new gas export plants in the US. While some are worried that the tariffs will make long-term contracts more difficult to negotiate and may price US LNG out of the Chinese market, China’s policy and aggressive goals may well still make room for US LNG despite the trade war.

China’s energy policy includes a crackdown on polluters and a campaign to reduce household coal usage, and it has been paying off. In 2018, Beijing and the nearby industrial province of Hebei, China’s biggest steel-producing region, reduced smog emissions by 12 percent. At the same time, 1.8 million households replaced coal with natural gas and electricity for heating. This policy will increase the demand for LNG and create new opportunities for global LNG producers. China is ramping up their own domestic production of LNG, but it won’t be enough to meet their goals. Pipeline gas imports from Russia and Myanmar will figure into the mix, but China will still need to rely on LNG imports from other countries, including the US, to meet the growing demand.

Trade war and the oil and gas industry

The big question today is, how will the trade war impact China’s import of US natural gas? Other countries like Russia are eager to sell to China. Eventually, the trade war will draw to a close one way or another, but trade wars and tariffs tend to have long-term and sometimes permanent supply chain impact.

Steel tariffs, currently at 25 percent, will still have an impact, especially with aggressive pipeline projects which consume large quantities of steel. Steel tubes used in pipelines and drilling operations, as well as oil & gas offshore platforms, are subject to the tariff, adding extra expense at a time when new projects are booming due to a rise in US oil production. But according to Planos, possibly not as big of an impact as one might think. “It will cost a little more on a per mile basis, but because of the variability on the pricing of oil is tied to availability, that price is reflective of the completion cost of pipelines.”

Beyond the steel used in pipelines, escalation of the trade war could hit the commodity markets hard. Oil prices have been stable in 2018 due to confidence in global economic growth, driven in large part by both the US and China. But with China being the third-largest buyer of US LNG and second-largest buyer of American crude, commodities markets could take a big hit later on if the trade war continues.

The sentiment that “trade wars are easy to win” is mired in misinformation and a lack of understanding of how trade flows work. While US steel manufacturers may be enjoying a big payday, US manufacturers who consume steel as part of their production are suffering from higher costs. For every new steel and aluminum worker hired as a result of the tariff-fueled domestic steel boost, 16 other jobs are lost.

Ultimately the US’s confrontational approach to China is likely to backfire. According to Parag Khanna’s book, The Future is Asian, this confrontational approach will lead to what the author calls the “Asianization of Asia,” or greater interdependence between Asian countries. The US trade policies will not contain China’s goals or suppress Chinese manufacturing, nor will it prevent China from achieving its 2050 goal.

According to Planos, “While the Chinese are counting on other suppliers beyond the known knowns, it’s those suppliers who are ready, willing and able who will gladly provide the energy differential to hedge against any kind of issues or challenges that might get in the way of reaching China’s goal by 2050.”