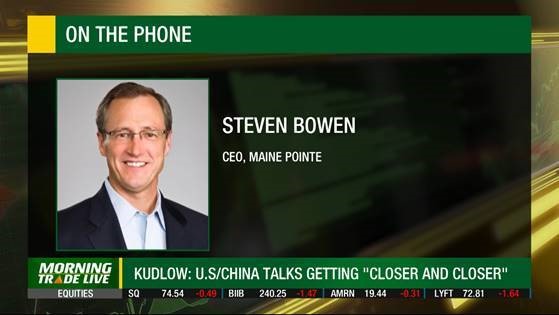 On the show, Steve said that Western companies are making the moves they need to be doing, including moving low-cost items out of China and closer to local regions. Last year we saw a lift in activity as companies anticipated tariffs, and as a result we are seeing some slight downturn now, but increased activity across the board will still be a possibility if there is a more complete resolution. Steve also talked about the possibility of a tech Renaissance, but there will have to be a more complete resolution of IP and tech issues before this happens. Steve also noted that we are in an era of changing supply chain and de-risking, but it may still be another nine months or so before we see positive impact.

Key points Steve made include: