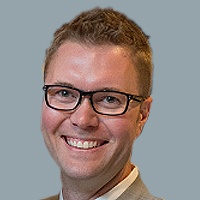 Following the release of his Perspectives paper,  A $100M EBITDA Opportunity for Oil Refiners, Maine Pointe's Vice President, Oil & Gas/Chemicals was featured in an article by DownstreamBusiness.com.

This article is reposted with permission by Hart Energy as posted on Hart Energy's DownstreamBusiness.com website on Feb 26, 2016.

With Oil Prices Low and Margins Thinner, Refiners Eye Logistics: Refining margins are still fairly good this year, but few operators or analysts expect anything like the returns of last year when crude prices tumbled faster than prices for fuels and petrochemicals. With that reality looming, refiners are re-examining all of their operations to see where further economies can be gained and also how some of the gains of the last year and a half can be sustained.

An emerging school of thought indicates that the best opportunities are hiding in plain sight: crude oil. Refiners are in a rare position to benefit from both domestic and international supply trends. Domestic production, especially unconventional supplies, is being curtailed, even as once-unimaginable exports begin. But, prices are still low and availability is ample.

At the same time, international production is surging. To be sure, Russia and Saudi Arabia have floated ideas of limiting further supply growth, but that is only after a year and a half of pumping. Canadian oil-sands production continues apace with high-capital projects too far along to be halted. And, Iranian barrels are coming back on the market.

For example, on Feb. 25, the U.S. Energy Information Administration (EIA) reported, â€œDespite lower crude oil prices, the EIA expects Canadian oil production to continue increasing through 2017. Canadian oil-sands projects that were already under construction when prices began to fall in 2014 and that are expected to begin production in the next two years are the main driver of production growth.â€

According to the EIAâ€™s February â€œShort-Term Energy Outlook,â€ production of petroleum and other liquids in Canada, which totaled 4.5 million barrels per day (MMbbl/d) in 2015, is expected to average 4.6 MMbbl/d in 2016 and 4.8 MMbbl/d in 2017. This increase is driven by growth in oil-sands production of about 300,000 bbl/d by the end of 2017, which is partially offset by a decline in conventional oil production.â€
Given that broad and deep supply situation, market watchers say the trick is not to worry about calling a bottom in prices, but to call a window of crude availability: any barrel of any quality is now available from any source. The only question is logistics. The cost and reliability of transportation is at least as important as the cost of the crude.

â€œThe market is actually being efficient in allocating crude,â€ said Jason Jason Gammel, equity analyst with Jefferies International Ltd. in London. â€œThe U.S. supply of light sweet crude is declining, and economics of getting Bakken production to the U.S. East Coast is changing. Also, the logistical bottlenecks of getting crude to the U.S. Gulf Coast via Cushing are being addressed.â€ For margins, Gammel noted that â€œgasoline is down, but still better than middle distillates, so refiners will be turning to gasoline again this year. Inventories are high, but that is likely to be corrected as stocks are drawn down during the heavy maintenance season.  We are already seeing some voluntary run cuts. So, it could be a decent environment over the summer.â€

Ian Hedding, vice president of oil and gas at consultancy Maine Pointe, urges refiners to examine their whole process, from crude supply to processing to marketing. While there is a business case to be made for starting that scrutiny at the most remunerative end markets and working back through to optimal crude supply, Hedding told DowstreamBusiness.com that â€œthe easiest way to start the conversation internally is with crude. Where is the cheapest supply, and then seeing how that aligns with strategy? We have seen people start with finished product slate, but today it is all about where the crude is coming from.â€

A recent report by Maine Pointe stressed that tanker availability may be pinched in the near future and that refiners would be wise to look into firm transport to help control supply costs. â€œCrude by rail and pipeline deliveries will continue to be an important aspect of crude supply logistics for many North American refineries. But, with market volatility over the past 18 to 24 months, it is now up to executives to ensure they are putting all logistics options on the table to create competitive advantage,â€ according to the report.

â€œShould refiners strike now and lock up capacity? Or should they wait?â€ Hedding asked. â€œWe are seeing moves to an accelerated review and decisions. The big coastal refiners are locking up transportation. Now the majors have huge in-house capacity, so the onus moves to the mid-sized and even small operations on not just tankers but barge, rail, even truck. A lot of people are taking a look with fresh eyes. They are asking, â€˜What are we missing?â€™